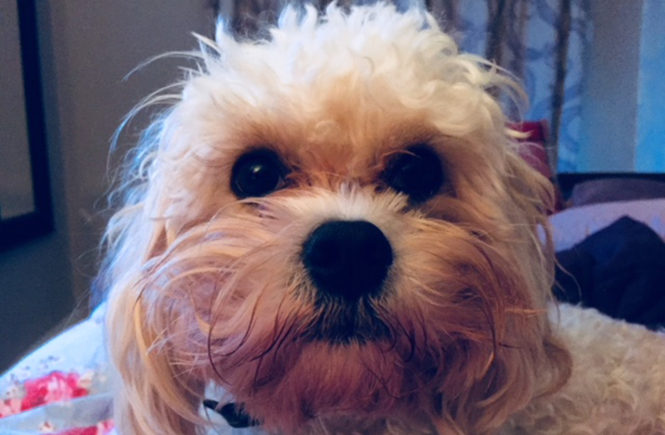 We are going away for the bank holiday weekend and I am packing the bag.

In it I have put, as a matter of priority, a packet of Wagtastic chicken strips, some grain free treats (steam cooked fish, potato and sweet potato), Lionel, the lion rope toy, poo bags (never in my life had I anticipated having to use the phrase ‘poo bags’) and a supply of kitchen roll.

It’s not so long ago that the very same bag would contain a tupperware box full of Lego, several packets of raisins, a bottle of Calpol and some emergency Spiderman pants (not for me, silly).

But time moves on. My boys don’t wear Spiderman pants any more for a start, and the chances of either of them eating raisins these days are almost nil.

Now I am a fully paid up dog owner.

Two years ago this weekend we welcomed a Cavachon puppy we’d named Ludo into the family.

My dad was dead set against me getting a dog. He could see only the downsides.

But he was talking to the mother of a seventeen year old who’d just been offered an unconditional place at art school, to start in the autumn of that year.

I knew when my older son opened that wonderful email, the portal to an adult life in art and design, that I was about to be made redundant.

He wouldn’t need me to make his bed, fold his pyjamas, wash his clothes, make fish finger sandwiches and Nesquik milkshakes every day.

He would be regulating his own screen time and  intake of Haribo and beer from now on.

The grief was unbearable.

I was paralysed by images from his childhood; curly dark hair bouncing as he ran in the sunshine on beaches home and abroad; batting in the Under Elevens cricket matches, banging the big drum for the marching pipe band and grinning at me with blood pouring from his mouth as he left the rugby pitch bound for A&E in the Lower Sixth.

I cried and cried.

Yes, I have another, younger son, but he wasn’t going to keep me busy enough in the caring and nurturing department!

And he’d be off to university himself in the not too distant future.

There was nothing for it. I needed to be a mother again!

An actual child was out of the question – my body has only just forgiven me for the last two.

And the problem with actual children is they will grow up and fly the nest.

But a dog! A dog is NEVER going to go to university! He is ALWAYS going to need you to sort out his pyjamas!

From the day he arrived he has brought nothing but joy.

I took three days peternity leave and then contracted a heavy summer cold which left me sofa bound. Ludo nestled against me for the entire week and we watched three series of The Good Wife together.

We were bonded for life.

He is the perkiest, most good natured little dog. He made not a whimper on that first night in our home and I’ve never heard him whine or cry since.

Which makes me think he must be pretty content.

Mind you, I’d be pretty content if I was living in the countryside with a selection of animal life to sniff out, wide open spaces to gallivant in and other child-substitute dogs to meet up with on the beach from time to time.

These past two years I have come to appreciate canine companionship.

Thanks to my furred son (first son, second son, furred son, right? Not everybody gets it,) I have firm buttocks, solid thighs and an impressive Fitbit count.

Ludo is my audience when I try out comedy material (admittedly the feedback is limited); he sticks close by when I cry about missing my mum. He listens to my worries and my plans and he doesn’t judge or know better.

Some people pay for this kind of therapy.

Two years on from his arrival we are all healthier and happier.

My dad was right about him chewing everything in sight though.

But really, what’s a nibbled shoe or twelve between friends? 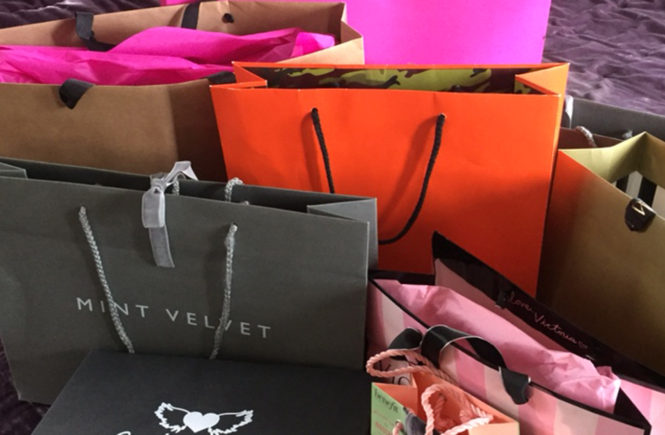 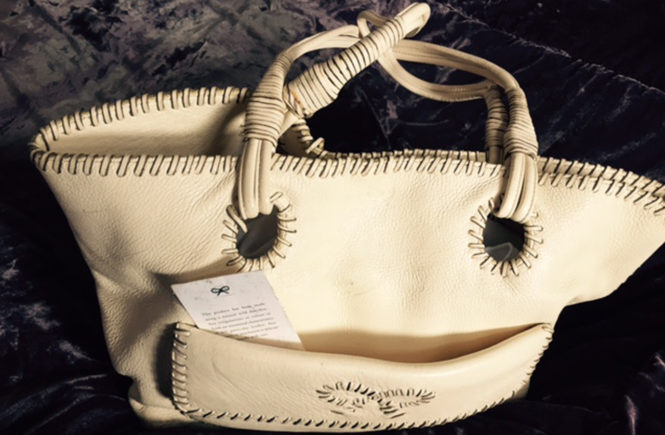 Mama’s Got a Brand New Bag: Your Handbag Speaks Volumes 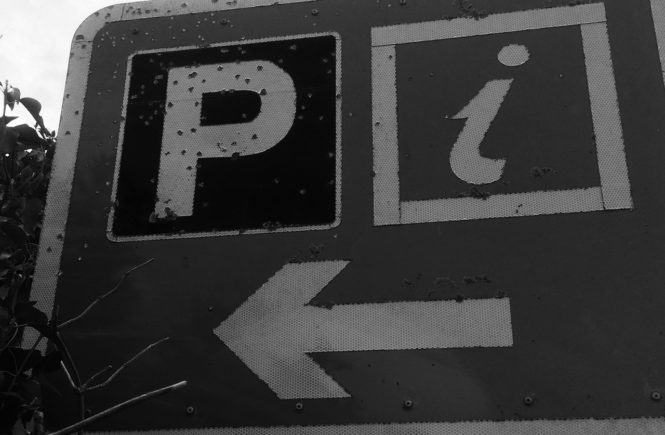